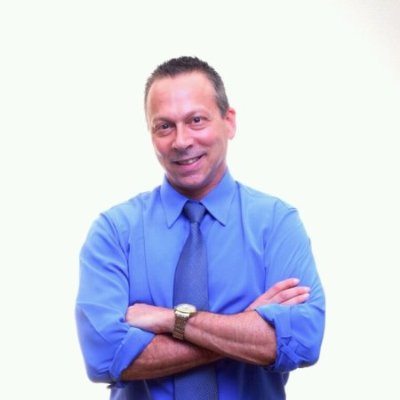 Dr. Erik Fleischman is a licensed California physician since 1988. After a brief period of training in General Surgery he completed residency training in Oncology in Southern California and Oncology fellowship training in Rotterdam, The Netherlands.
Following his specialty training he returned to the USA where the HIV/AIDS epidemic was rapidly becoming the most deadly health issue in modern history. He joined the fight against AIDS in one of Southern California’s largest private HIV/AIDS treatment practices. He participated in the early studies and development of antiretroviral medications and treatments/preventions for deadly opportunistic infections. He also co-founded a support group for infected patients dealing with difficult social and emotional issues including addiction. Over the next twelve years Dr. Fleischman incorporated alternative medicine (acupuncture/Chinese Medicine/anti-aging/exercise) into his practice to develop a complete and holistic focus on his patients’ health
In 1997, Dr. Fleischman began participating in international charitable medical projects. His first venture into international medical care was with SEVA Foundation in remote Tibet on a project that preserved or saved eyesight for over 500 people in this austere difficult environment. Following this exciting work Dr. Fleischman’s vacation time thereafter was consumed with international medical relief work. His lengthy experience in HIV/AIDS treatment took him to Africa where development of treatment systems and education of local clinicians was essential.
In 2003 Dr. Fleischman left his California practice and moved to Thailand to pursue full time international medical work in resource poor areas of the world. He was hired as a Senior Clinical Advisor for the Clinton HIV/AIDS Initiative and spent seven years with the foundation working on three continents. His work took him to over fifteen countries in Asia, Africa, the Americas and Eastern Europe where he advised on best clinical practices of HIV/AIDS/TB and associated illnesses. He participated in national HIV/AIDS training programs for local physicians and participated in the development of national treatment protocols for anti-retroviral medication and all aspects of complex HIV patient management for adults, children and pregnant mothers.
Dr. Fleischman has received a Lifetime Humanitarian Award for his HIV/AIDS and refugee work in eight African countries from the International First Ladies of Africa Summit in Los Angeles, California in 2013.
Also during his time abroad, Dr. Fleischman was employed by International SOS as a Consulting Physician advising the development of best clinical care in austere and difficult remote regions of the world. He spent ten years with International SOS becoming an expert in the analysis of private and public medical care in developed and remote areas of the world and the implementation of emergency medical evacuation to save life and limb. One of his most prominent positions was onsite Medical Advisor to Newmont Mining Corporation for their large Indonesian gold and copper mining projects. He brought his extensive clinical experience to a remote medical operation responsible for the care of fifteen thousand workers and families in remote Central Indonesia. Besides General practice management, pre-natal and emergency care, he was responsible for oversight of Occupational and Public Health as well as the training of local doctors, nurses and paramedics in state-of-the-art patient management for this Fortune 500 company. He also co-directed a wellness program intent on decreasing the prevalence of preventable diseases which cause debilitating health issues resulting in death, loss of vitality and loss of production for employers.
In 2014 Dr. Fleischman joined the fight against the Ebola epidemic as Assistant Medical Director and Director of Training for four rural USAID funded Ebola Treatment Units in remote Liberia. He was responsible for the training of over 500 local Liberian Ebola workers.
Dr. Fleischman is currently the International Medical Director of Bumrungrad International Hospital in Bangkok, Thailand. Bumrungrad Hospital was recently ranked as the ninth best international hospital in the world treating 1.2 million patients per year with 50% of the patients come to Thailand from abroad for treatment.
Dr. Fleischman has continued his passion for challenging medical work around the world. He has over 25 years of clinical experience in the private, public and remote and urban medical sectors domestically and internationally. He complements this experience with skills in medical practice management, clinic and practice development and international government and private sector medical consultation.