The Impact of Language Barriers on Healthcare Delivery

Dialing the phone number on her screen, Naomi feels a surge of excitement as her mind races with possibilities. Looks of wonder from her family, compliments from co-workers; actually enjoying the thought of passing in front of a mirror, and best of all, her health would improve and she would finally be able to spend time outdoors with her two kids. She had been morbidly obese for nearly four years – ever since the birth of her second child – and dozens of failed diets later had left her frustrated and depressed.  Recently she had considered bariatric surgery but did not have insurance coverage or the funds to cover the cost - that is, until a friend mentioned “medical travel” and gave her the name of an overseas hospital.

Naomi immediately goes to the hospital’s website, locates a phone number and calls. After two unsuccessful tries her third attempt is rewarded with what sounds to Naomi like a machine gun tat-tat-tat of monosyllabic babble. She requests to be transferred to someone who speaks her language but instead is passed from one department to another until finally landing at the hospital’s pharmacy where she is helped by a kindly pharmacist who is able to communicate with her and manages to connect her to the right department. Though the conversation is a little awkward at first, Naomi manages to convey her needs to the hospital’s representative and is promised a quote as soon as her medical history and requested diagnostic tests are received.

Three weeks later Naomi arrives at her destination and is met outside the airport by a uniformed driver who leads her to a modern, air-conditioned minibus. Arriving at her hotel, she is warmly welcomed by a smiling attendant and accompanied to her suite. The next morning she is picked up on time and taken to the hospital. Her international patient center contact warmly greets her at the door and takes her to a comfortable reception area to brief her on the day’s schedule.

Naomi’s appointment with the surgeon starts off well, but little by little she gets the sinking feeling that “fluent in English” has a very flexible meaning here. Fortunately, through the use of an interpreter, Naomi gets most of her questions answered before being prepped for surgery.

The first thing Naomi notices is the cold. It chills her to the bone and makes her shiver almost uncontrollably. Through parched lips she calls out for someone to turn up the heat, but all she manages is a raspy mumble. Her mind is vaguely aware of a rhythmic beeping, while at the same time a low murmur of voices signals the presence of humans nearby. Though comforting, Naomi suddenly realizes that she doesn’t understand a word that is being said. Flashes of an in-flight movie and colorful outdoor market dance before her eyes. The fog dissipates and memories start flooding back as a warm hand clasps her arm and a voice says in clear, if not perfect, English, "Ms. Naomi, Dr. Rhone says that your surgery went perfectly. He will see you back in your room in a couple of hours.” Although barely awake, Naomi still manages to break a smile.

Once in her room though, Naomi immediately senses that communication is going to be a problem. Nurses come in and out, inserting IV’s and changing her medication without giving her a glance or much less explaining what they are doing. When Naomi asks one of the nurses what medication is being administered, the nurse timidly backs out of the room waving her arms as if to indicate that someone else will be there shortly to explain.

Later in the day, experiencing severe pain Naomi is unable to get a response from any of the nurses regarding the whereabouts of her surgeon. In desperation she loudly calls the doctor’s name and this finally elicits a response. The surgeon arrives fifteen minutes later and orders additional pain medication. Communication problems continue for several days and culminate in Naomi acquiring a respiratory infection which he feels is the result of less than ideal communication by the nursing staff.

Put yourself in the shoes of the traveling patient

The goal with the above hypothetical narrative is to put you in the shoes of a traveling patient dealing with language barriers. As you may have noticed, language barriers can impact the perception potential patients have of healthcare facilities. Even more worrisome, language barriers may result in increased psychological stress and medically significant communication errors for already anxious patients. [1]

Numerous studies have shown a strong correlation between language barriers and a poor patient experience or even bad healthcare outcomes. In one study in the Philippines, almost one fifth of the participating nurses thought that healthcare outcomes (i.e., nursing care, understanding patients' needs, communication, healthcare errors, having trust in nursing care and feeling satisfaction) were USUALLY or ALWAYS affected because of language barriers. A fourth of foreign patients in the same study reported communication difficulties and decreasing satisfaction, respectively, as usual or always experienced because of language barriers.[2]

There is also evidence that miscommunication is more likely to occur when clinicians are not fluent in a particular language and cannot correctly convey certain nuances of risk and certainty.[3]

Understanding the role that language plays in creating barriers to healthcare is critical for healthcare systems that are experiencing an increasing range of culturally and linguistically diverse populations both amongst patients and practitioners. [4] While it may not always be realistic for a healthcare provider’s staff to speak all the languages of medical travelers receiving treatment, healthcare providers are encouraged to design and support cultural appropriate services and processes that meet the identified needs of the target population groups served by the medical travel program. Some key examples include:

Healthcare providers caring for medical travel patients must be especially sensitive to the needs of their different patient populations and must be willing to adapt their services and protocols to ensure language barriers are eliminated or minimized. Moreover, they must strive to reduce or eliminate language barriers across the entire medical travel care continuum including the communication prior to the patient’s arrival, interactions at the airport, hotel, and once the patient is discharged from the facility.  Ensuring that language-concordant encounters happen across the medical travel care continuum will ultimately help to improve the patient experience as well as healthcare outcomes. 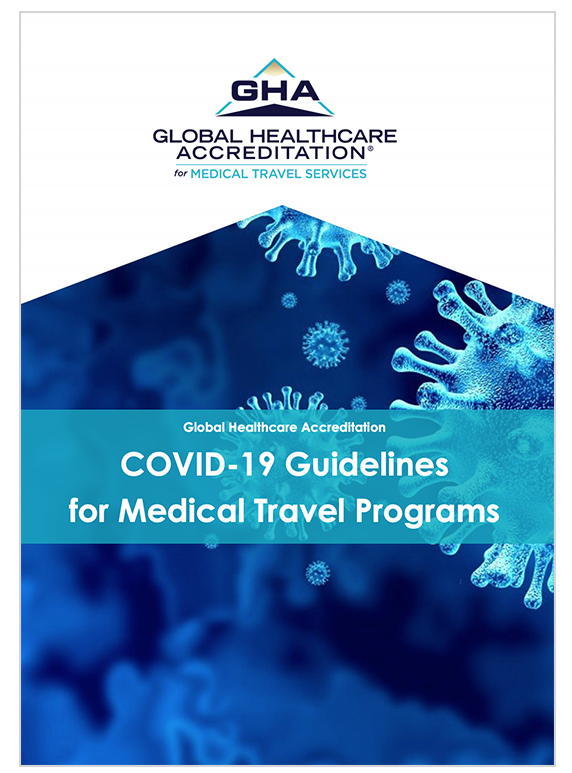 Learn about the COVID-19 Guidelines for Medical Travel Programs.

GHA Partners with Khon Kaen province in Thailand and Ratchaphruek Hospital to Support Businesses with Best Practices regarding Safety, Health, and Well-being

Accreditation and Certification as a Trust and Confidence Enhancer