This past April, GHA was invited to present a half-day workshop and two keynote presentations at the First Health Tourism Forum in Rio de Janeiro, Brazil. The event was held on April 16th and 17th at the Museum of Tomorrow, and was sponsored by the Association of Private Hospitals of the State of Rio de Janeiro (AHERJ), the FBH School of Tourism and the Brazilian Federation of Hospitals, in partnership with the City of Rio de Janeiro and with support from the State Secretariat of Tourism of Rio de Janeiro. Ms. Karen Timmons, GHA’s Chief Executive Officer and Ms. Carol Gilmore, a GHA Surveyor and Consultant led the workshop, titled “Best Practices in Medical Travel,” which was attended by representatives of hospitals and clinics and other medical travel stakeholders. On the second day, Karen presented a keynote titled “The Importance of Accreditation in Medical Travel” while Carol spoke on the topic of “Keys to Developing a Successful Medical Travel Program. Both sessions were well received and generated much interest in the GHA program. During the trip, Karen and Carol had the opportunity to meet with hospitals and other key stakeholders to discuss how GHA can support the continued development of medical travel in in Rio de Janeiro. 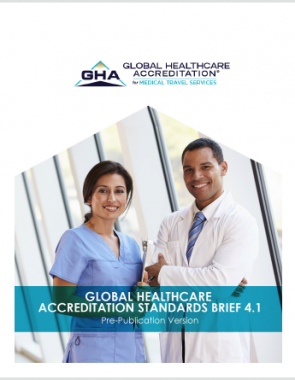 Do We Really Need a Medical Travel Program?