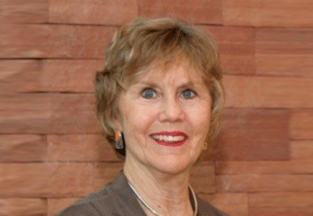 Dr. Anderson was Chief Executive Officer of Cardon Children’s Medical Center in Mesa, Arizona, a Banner Health hospital from 2009 to 2016. She currently is a healthcare consultant for RMA Consulting of Arizona. She is a fellow in the American Academy of Nursing and the American College of Healthcare Executives (ACHE). In addition to serving as the Joint Commission Commissioner for nine years and on the American Hospital Association Board of Trustees for three years, she was on the Board of the Joint Commission International and was the ACHE Regent for Arizona. Dr. Anderson also serves on the Institute for Interactive Patient Care National Advisory Board, the Health Research and Educational Trust Board and Committee on Research, the Children’s Hospital Association Public Policy Council, and the National Quality Forum Measure Applications Partnership Coordinating Committee. Dr. Anderson is also Trustee of the Perinatal Trust, past Chairman of the Board of Directors for the Children’s Action Alliance, the Robert Wood Johnson Foundation National Advisory Committee/Academic Progression in Nursing Program, the Chamberlain College of Nursing Board of Trustees, the American Hospital Association Health Forum Board of Directors, and the Commission on Graduates of Foreign Nursing Schools Education Committee. Dr. Anderson has been involved as Member or Chair of State and National Patient Safety and Quality Committees and Performance Measurement Committees for the past ten years.

In addition to receiving the Distinguished Achievement Award from Arizona State University College of Nursing, Dr. Anderson was a selected participant in The First International Institute: Executive Nurse Leadership in the United Kingdom and the United States, Florence Nightingale Trust in London, England. Dr. Anderson attended the Wharton School of Business as a selected participant in The Johnson & Johnson Fellowship Program. Dr. Anderson was also awarded the Nursing Legend, Nurse of the Year Award by the March of Dimes in 2005 and both the American Organization of Nurse Executives Lifetime Achievement Award and Nurse Week Lifetime Achievement Award in 2006. Dr. Anderson is a Phoenix Business Journal 2011 Women in Business Honoree and currently serves on four editorial boards of health care and nursing journals. Dr. Anderson was named Arizona Business Magazine’s 2012 Healthcare Leadership Award “Hospital Executive of the Year” and one of their “Fifty Most Influential Women in Arizona Business” and was a finalist for the Phoenix Business Journal 2013 Health Care Heroes Award, Lifetime Achievement Category. Dr. Anderson is also the recipient of the Association of Professional Chaplains 2012 Leadership Award “Distinguished Service Award”. And in 2014, she was awarded American Hospital Association, Award of Honor. Dr. Anderson serves on the NGC/NQMC Expert Panel and was recognized in the 2015 AZ Business Leaders Magazine as one of the top CEOs of a specialty hospital. She has been the Chair of the Eisenberg Awards committee for four years and is a member of American Hospital Association Committee of Performance Improvement.